Uncritical in Adrianople: A Letter to the Abbé 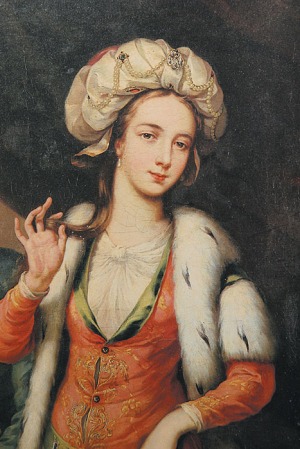 In her letters written to Abbé Antonio Schinella Conti, Lady Mary Wortley Montagu demonstrates an open-minded interest in the religious beliefs of cultures located far from England, such as those of the Turks and the Arnouts. However, when she observes or remarks upon cultures which have practising groups that exist not only in the Orient but also in England (such as Jews, Catholics, and Orthodox Christians), Lady Montagu employs language which is somewhat less eulogistic. This difference in attitude may well betray a positive ‘novelty bias’. Despite her laudable eagerness objectively to describe what is new, and her attempts to be open to those new experiences which she relates in her correspondence, this attitude is not universal to all of Lady Montagu’s approaches to cultures outside of her own. Consequently, we should exercise caution when we approach her letters, lest we draw a too general conclusion about open-minded inclusivity from her specific attitudes towards the orient, and overlook certain other of her conceits which would undermine that position.

In relating her conversations with effendi Achmet-Beg, Lady Montagu relates how she “explained to him the difference between the religion of England and Rome,’ and the pleasure which the effendi had at her description of “Christians that did not worship images, or adore the Virgin Mary” (105). If she employed similar language in her explanation to the effendi, then this use of question-begging descriptions of Catholicism (do Catholics actually worship images?) could have served to confer her own biases and reinforce those already present in a region which had experienced a long and occasionally deeply fraught relationship with Roman Christendom–and this is to say nothing of her “ridicule of transubstantiation”. As the letter proceeds (especially in the passages on the potential ease of promulgating deism (106)), it tries to encourage a reading which says, ‘see how much we have in common!’. Yet it would be well to remember that what Montagu and effendi Achmet-Beg have in common is an anti-Catholic bias which is based not wholly upon facts of belief but rather upon a textually unmentioned shared history of antagonism with Catholicism, whether during the crusades and the centuries following, or during the reign of the Tudors and the civil strife which followed. As much as Montagu and Achmet-Beg share certain core beliefs, they also share a common enemy. 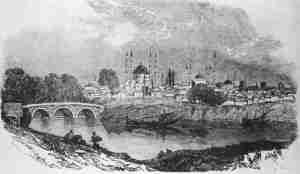 When Lady Montagu moves on to her description of the Quran, she describes it in highly positive terms which contradict opinions that she asserts are in wide circulation, “so far from the nonsense we charge it with,” she avers that the Quran is “the purest morality delivered in the very best language” (106). And Lady Montagu is not alone–for she reassures the Abbé, “I have since heard impartial Christians speak of it in the same manner.” Where, then, have the incorrect opinions come from? Why, from “Greek priests, who would not fail to falsify it with the extremity of malice… they differ so little from the Romish Church” (106-107). This accusation is particularly serious: attributing malice but without any evidence to support it, it seems to betray the depth of Lady Montagu’s antipathy to Catholicism and Orthodoxy even as that declaration is made in support of a religion far more different from her own than either Catholicism or Orthodoxy.

Lady Montagu then moves on from Muslims and Christians to the Arnauts, who faithfully observe the public precepts of both religions, attending both the mosque and the Church. Relating that the Arnauts claim that they adopt this principle because of their inability to discern which belief is the true path, Lady Montagu comments that she cannot recall any other “race of mankind, who have so modest an opinion of their own capacity” (107). Here, Lady Montagu refrains from passing much judgement, though there is a sense of tongue-in-cheek amusement at the “excuse” which the Arnauts give for their indecisiveness. 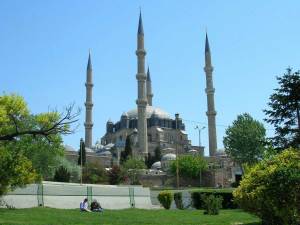 That all of these statements are made in a letter to a Catholic abbot–and a famous abbot, at that–is a fact thrown into stark relief when Lady Montagu notes that she will not “ask your pardon for the liberty I have taken in speaking of the Roman [Catholic Church],” observing that the Abbé does “equally condemn the quackery of all churches, as much as you revere the sacred truths in which we both agree” (107). Only here is there a mention of the agreement between herself and that other branch of Christendom–the one to which her reader belongs. And yet, this attempt to temper her criticism seems somewhat hollow, for she has not critiqued her own Protestant beliefs. Indeed, when Christians (in general, of which Protestants are a part) are seen to have misjudged the Quran, it is the Greek Priests who get all the blame.

None of this is as much as to say that Lady Montagu is deliberately setting about writing an anti-Catholic polemic. Indeed, her choice of addressee makes it clear that this is not the case. However, the observations above should be sufficient to give us pause when we read over Lady Montagu’s assessments of other religions, both the eulogistic and the dyslogistic alike. Certainly, her negative views were shaped by her particular moment and the long history which Britain had experienced–so, then, were her positive views similarly shaped and molded by the same socio-cultural background. If we are unwilling to uncritically swallow Lady Montagu’s criticisms of Catholicism and Orthodoxy, we should be just as unwilling to uncritically accept her positive views about the Orient in general and the religions she observes there in particular.

One response to “Uncritical in Adrianople: A Letter to the Abbé”